The SSTV monitor Digi Automatik was developed by Tomáš Boháček, OK2BNE. The schematic and construction details published magazine Amatérské Rádio in 1976 / 10. This construction was very popular in former Czechoslovakia and many hams built this monitor.

My monitor I've got from OK1MSP which used it at the turn of the seventies and eighties. 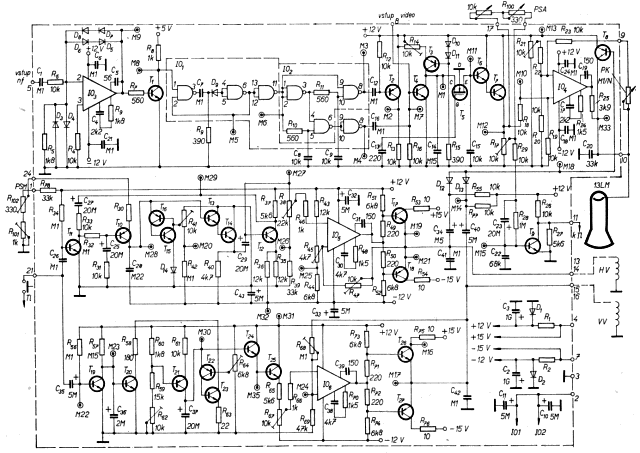 Photos of CRT after the end of transmission

Because transmission of one frame takes about 8 second the monitor with long persistent display must be used. These CRTs (Cathode Ray Tube) was used for example in radar displays or in slow-running oscilloscopes for watching slow electrical effects.

The CRT (Cathode Ray Tube) of the monitor has special luminophore and displayed image can be visible about 8 second and more if you watch it in darkness. After a few seconds picture slowly disappears. You can see it on top of the image where frame lines displayed before few seconds are much weaker than last transmitted lined at the bottom. 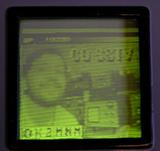 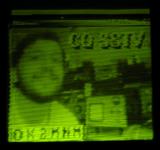 Photos of CRT with 8 second exposition

These pictures was taken during transmission. A camera can be manually set to 8 second exposition so picture is drawn directly by ray on photo-film frame or CCD sensor (in digital camera). 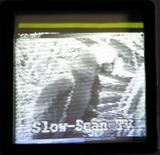 The synchronization of early SSTV transmission was derivated from frequency of electricity. Mains in USA has 60 Hz (divided by 4) and in Europe 50 Hz (divided by 3). The Digi Automatic monitor is capable to receive both standards. 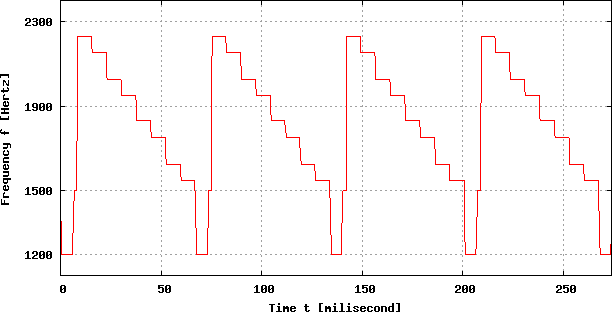