The family of NOAA satellites are low earth orbiting (LEO) satellites for meteorological Earth Observation. Each satellite transmits analog data using amplitude modulating facsimile mode on the band 137 MHz. These data should be received with dedicated receiver (with 30 kHz width of IF filter) and demodulated using sound card and software like JVComm32, WXtoIMG or aptdec.

Some software has functions for fake colorizing of image, map additions, but there is shown data as is only with image contrast adjusting. NOAA transmit two images together, one is visible channel and second is infra red channel.

I use receiver from EMGO. I have built my own kit before two weeks at September of 2005. The antenna that i use is simple ground plane for 145 MHz FM operation with vertical polarization, but I'm going to build QFH antenna with proper circular polarization. Then will be images without noise drop outs.

The terrible situation of current Aral Sea has her roots before tens of years. Communist governors of Soviet Russia decided to utilize the affluent rivers Amurdarja and Simurdarja for agronomy watering. The first system of watering canals was build in 1954 and the great ecology catastrophe begin...

The quality of image is low due to long distance of the satellite from my station, the orbit of NOAA-12 you can see here: 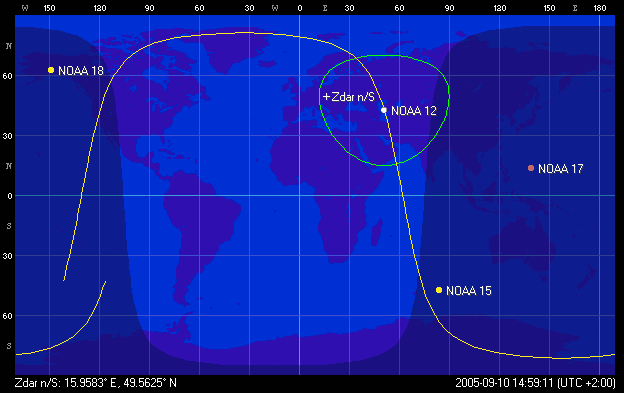 Please compare the maps and another satellite images. The first image was received by OK2PID in 1997.

This is a map of the area. You should remember this image from school lessons of geography: 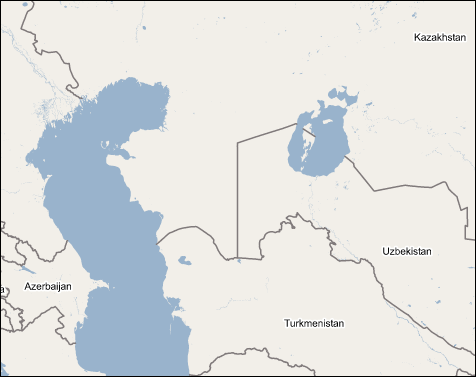 The copyright for this map belongs to Google. They should do actualization...

A diagram of Aral sea dehydration.